People change, shits happen. Matter-of-factly, Heraclitus once said, there is nothing permanent except change. I’ve experienced so many crucial and fundamental changes and even grieved over them, also some trivial yet startling and upsetting changes, which I’m going to tell you in this post. It’s neither amusing nor inspiring but maybe relatable to some of you.

I’ve lived for almost 24 years in this world. I’ve been through several phases in life that made me who I am today. I think it was during junior high when I first began my journey of finding and defining myself. I met so many good friends back then and had several circles, but generally I gathered up with nerd kids. In one circle I shared my (newly-discovered-at-that-time) love for books and comics, we exchanged and discussed books; Enid Blyton’s series, teenlit, chiclit, explored so many genres of books, we hung out to rent mangas and we watched latest anime series together. In other circle, they were very keen of football, F1 racing, and MotoGP. I remember forcing my eyes open to watch the races or watch football match to educate myself and not being left out in hot conversations about them. Soon, I failed miserably, I couldn’t stand watching ANY sport match, I stopped trying and fitting in, but I find they were very understanding; they didn’t alienated me for not watching sport match. This stage of life was the time when my love for book, anime, manga, Japanese culture was blooming. They were my universe and endorphins. I was very boyish, I didn’t really care about boys (though I had my first relationship at that time), and look; bad fashion sense, no makeup, barely give attention to skin care. Yet, everything was so peaceful and carefree.

The next phase is my high school life. It was time when I was drawn into technology, internet, and English. I joined English club and sort of computer sciences club. I met different people my love for anime, manga, and book was even more florescent, but there was slight changes in my appearance I started to care about how I look and what I wear, I bought cute outfits and always mix and match my #ootd before going out, there were less of boyish me.

Poof! Shortly after that I was accepted in a technology institute where was known to be dominated by men, BUT I was accepted in Life Sciences department which always has more women than men. It influenced the way I dress even more than my high school time, I often wear skirts, flat shoes, fancy scarves, AND put on moisturizer, compact powder, lip balm on daily basis. It was huge step in my journey to be an appropriate woman (according to society). Unfortunately somehow, I forgot my passionate love for books, anime, and manga. It was temporarily replaced by my hectic activities and the discovery of K-POP! I utterly lost my appetite for leisure books, partially impaired in reading and watching manga, but I truly enjoy listening to K-Pop and watching the music videos, up until now.

After all those years, here I am now, frequently browsing make up tutorials, beauty products’ reviews, complaining over freckles and wrinkles, comparing anti-aging products, and even solemnly read an article about refining enlarged pores! Oh, also worth mentioning, my new hobby of bookmarking beginner-friendly recipes blog, DIY home decoration, wedding preparation (kyah!), planned parenthood, family  budgeting, parenting, and so on. Now that I’ve graduated, I have found my long lost love for books and anime, but fail to fall in love with manga, instead I spent my time in reading Naver’s Webtoon (which can be a manhwa or comic, not specifically manga).

All in all, the phases and changes in my life, even the most trivial, have brought both happiness and despair, there was even time when I was in tears thinking about what was happening with me, but I’ve learned to embrace everything that life throw at me and I’m currently working on “when life gives you lemons, make lemonades!” attitudes.

Oh, and also here’s a quote I found on Goodreads about changes to put in mind:

“Life is a series of natural and spontaneous changes. Don’t resist them; that only creates sorrow. Let reality be reality. Let things flow naturally forward in whatever they like.” — Lao Tzu.

P.S: The image featured in this post is a matryoshka doll made by Raul del Sol, you can find the other pictures here.

A homemaker and a mother of an adorable toddler. Trying to immortalised events and memories into writings as memento and legacy. View all posts by Laksita Kharima 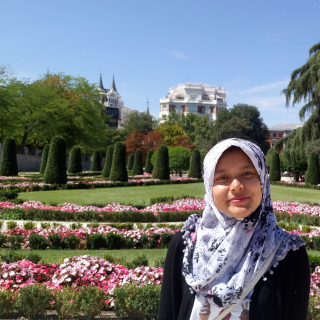 A homemaker and a mother of an adorable toddler. Trying to immortalised events and memories into writings as memento and legacy. 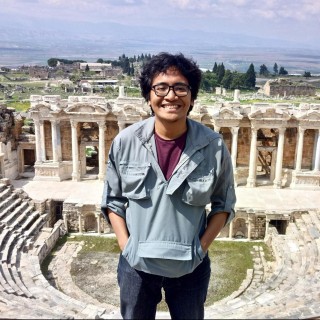 Striving to have a growth mindset, love to meet new people and learn new things. Occasionally write about life, energy, books and other things that attract his curiosity. Sometimes makes spontaneous fiction story when an idea strike.